Oxford English Dictionary defines middle aged as the period between early adulthood and old age, usually considered as the years from about 45 to 65.

Birth, adolescence, adulthood, middle age, old age-the cycles of life. Some of us do not live through all of life’s cycles but for those that do, each cycle contains a transformation of some sort as we advance to the next. 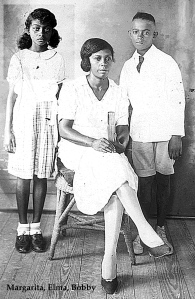 Transformation requires a starting point from which the process begins. With glee I accepted the process from adolescence to adulthood where puberty set in and brought about desirable (height) and sometimes not so desirable (breast-I was a tomboy) changes to my physical body. I could not wait for the arrival of the age of legal consent because of the parties and rewards associated with it: legal drinking, legal voting, legal entry into nightclubs, legal driving license etc.

As a twentysomething, I basked in the joys of having a high metabolism and the ability to consume mass amounts of junk food calories that literally evaporated off my fat cells. Thirtysomething entertained a move across country, and a business. The family with a husband and two kids did not materialize nor the move from a cramped studio apartment in some trendy part of the city to a 3 bedroom, 2.5 bath colonial home in the suburbs. That’s okay. Destiny dictated an alternative lifestyle.Grudgingly or happily, young and indestructible I went through the early cycles’ angst! 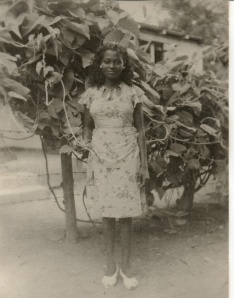 The quest to retain youth became the focal point as I realized there was no reversal to the aging process. The physical changes of the body once desired at youth now dreaded as the sagging set in.

The process of degeneration began. Metabolism slowed, fat accumulated in places I dare not mention, flexibility decreased, loss of my skin’s elasticity and the wrinkles sprouted up overnight. Money once spent on weekends of boozing and partying now went to anti-wrinkle creams, hair dye, Centrum Silver and GNC’s TriFlex. Considered the Lifestyle Lift but unemployment earnings left no budget for plastic surgery and then it occurred to me that once started, a one-time procedure would never be enough.

There is a light…Not all is doom and gloom in the middle age cycle and the positives are not based solely on the physical.

My intellect, often neglected and underutilized during the aging process held the coping tools. Stimulated and nurtured throughout the years, my intellect handles middle age with grace and acceptance. It is rich and abundant with memories from the years lived. Reasoning, creative thinking, problem solving, wisdom, maturity, reactions, are refined, defined and applied. The accumulation of books read, people with their influences that have flowed in and out of my world as well as the places visited have all contributed to my intellect.

The aging cycle will continue and god willing I will reach another bookmark: old age.