My memories are stored in a Memory box located somewhere in mi alma (soul) and accessed through the head. It is not made of rose gold or lined with fancy crystals, no lock or combination to enter or exit. The Memory box is invisible as are the memories stored inside. Like all other boxes, there is a limit as to how much can be stored. In the case of the Memory box in which memories are thrown in haphazardly it can be trying when it comes to cleaning out the rubbish-what to keep, what is of no consequence and of course, there are the ones we would like to burn.

We all know what happens when we refuse to clean…

Memories are a tricky lot. Some are laments, regrets, pain, joy, happiness, and anger with a bit of mad tossed in. Memories have the ability to teach us lessons, that is, if we pay attention. Some try hard to forget them while others spend too much time in them, in the box, going through the clutter, ruminating over opportunities lost and not seeing opportunities gained.

And…
We all know what happens when the clutter wins…

I have 58 years of memories stacked in my box and the ones before 7 years of age are not accessible. Good memories are as fresh, vibrant as the day they happened, bad ones are fuzzy fading colours and trauma comes in stark black and white. Those are the ones you can’t throw out. They are there for keeps, reminding you of the space they take up when least expected. The trick is to confront them, waddle in them, bring them close, hug them tight, then let them go. They will still be in the box but the space they take up will not be so overwhelming.

And…
We all know trauma is not good but if we acknowledge it, healing can occur…

***photos from the world wide web

MY MOOD
is not like the rhythmn of the four seasons
Changing routinely, overlapping rudely, not blending in softly

MY MOOD
is prone to stagnate and fester
Going this way and that, bloated with urine

MY MOOD
is glorious, proud, ever expanding
Exploring, born again from experiences encounter

MY MOOD
is comprised of tributaries, waterfalls, rivers, and streams
Flowing forth, clogging up, backing up, stuck then free, stuck

MY MOOD
supports others giving, giving and giving
They blossom, while I am stunted and deprived

MY MOOD
absorbs negativity literally
Which entraps and degrades until…

… the negativity has been cut away
my roots exposed, naked and afraid

MY MOOD
will continue forward
Towards the water, towards newness, towards growth

Some of the times
Because we used to and I can’t
the gardener will clear out the overgrown weeds
Clean the dirt, gravel, and slate

Sometimes…
The overgrown garden
Once tended by mom and you
should stay overgrown.

Sometimes…
A mean and ugly person
Takes up space in your brain
squatting, rent free

Sometimes…
You pray to HIM
Asking and asking
and never receiving

Isolated and the deaths of my felines, a brother and sister, two days apart was the ‘woke’ to my consumption of alcohol. What went from drinking after 5pm morphed into drinking at 10am. Half bottle of vino to full bottle. Full bottle thrown in as a chaser for bourbon.

Sobriety literally began as one day at a time. One day drinking, one day not drinking, repeat for two weeks. Get the wine from around the corner, then go four blocks over for the bourbon. Next day wine from two blocks up to bourbon two down and four over. Then repeat every day, seven days a week.  “Silly rabbit…!” Buying one day reserves instead of a grate and handle make me a control drinker.

Three months, six months and now 9 months free. A mind not terribly wasted in a hangover pool brings hope to the present.  On occasion I’ll jaunt down memory lane in my mind to remember all the gains with no drink. The future is not for me to see. Hoping no drink will follow me.

The glasses made to hold wine sit on the top, top, shelf of the kitchen cabinet. Shapes, colours, pieces of artwork not to be tossed. The bourbon glasses now hold plants swimming in water, toothbrushes and pastes of the human and greyhound kind.

Remnants of what once and is no longer.

Faith moves mountains
You often said when despair embraced me

Faith moves mountains
Through troubling times optimism was your shield

Fate moves mountains
Through troubling times alcohol was mine

*** It’s been three years since you drew breath. You were in my life for 54 years. I guess I’ll be mourning till the day I join you. I cry mostly mornings, when another day begins, without wine or bourbon. During the days I’ll smile as memories, come in and out, out and in. Looking forward to more smiles and fuzzy feelings when memories hit instead of pain and tears.

To have
teeth, white as fresh snow that bedazzles the eye, I want that expensive Sonic toothbrush

To have
the cleanest floor, one a Queen can eat off without plates, I want that Roomba

To have
the fittest body, tight in the right places and loose where it ought to be, I want that Equinox membership with a personal trainer

To have
the best frying pan, that distributes heat evenly across its radius, frying food to perfection, I want a Le Creuset Toughened Non-Stick Shallow Frying pan

To have
the best running shoes, that will propel my body forward, moving faster than any others running with mediocre shoes, I want the Nike Zoomx Vaporfly.

To have
the best piano, whose strings would bring out the highs and lows of classical music, the best of my banging, I want  a Bösendorfer

At times, the want is not what I need.

I dated a Boy who loved me and whom I loved.

This sensitive Boy was a poet who composed songs with fragile words on a guitar.

was the girl who recorded black and white visuals of everyday life on an Olympus camera.

the Boy needed care in ways which depleted my heavily guarded plethora of emotions.

the guard broke, and I left, taking my reserve with me.

recovered, found strength in his songs with fragile words on guitar and now tours all around the states.

follow him in awe of the songs with fragile words on guitar.

was an aspiring editor who cut through slices of life with no remorse.

was the girl who recorded black and white visuals of everyday life on a Nikon F3.

married the boy who didn’t love me but loved what I offered in terms of him moving ahead. 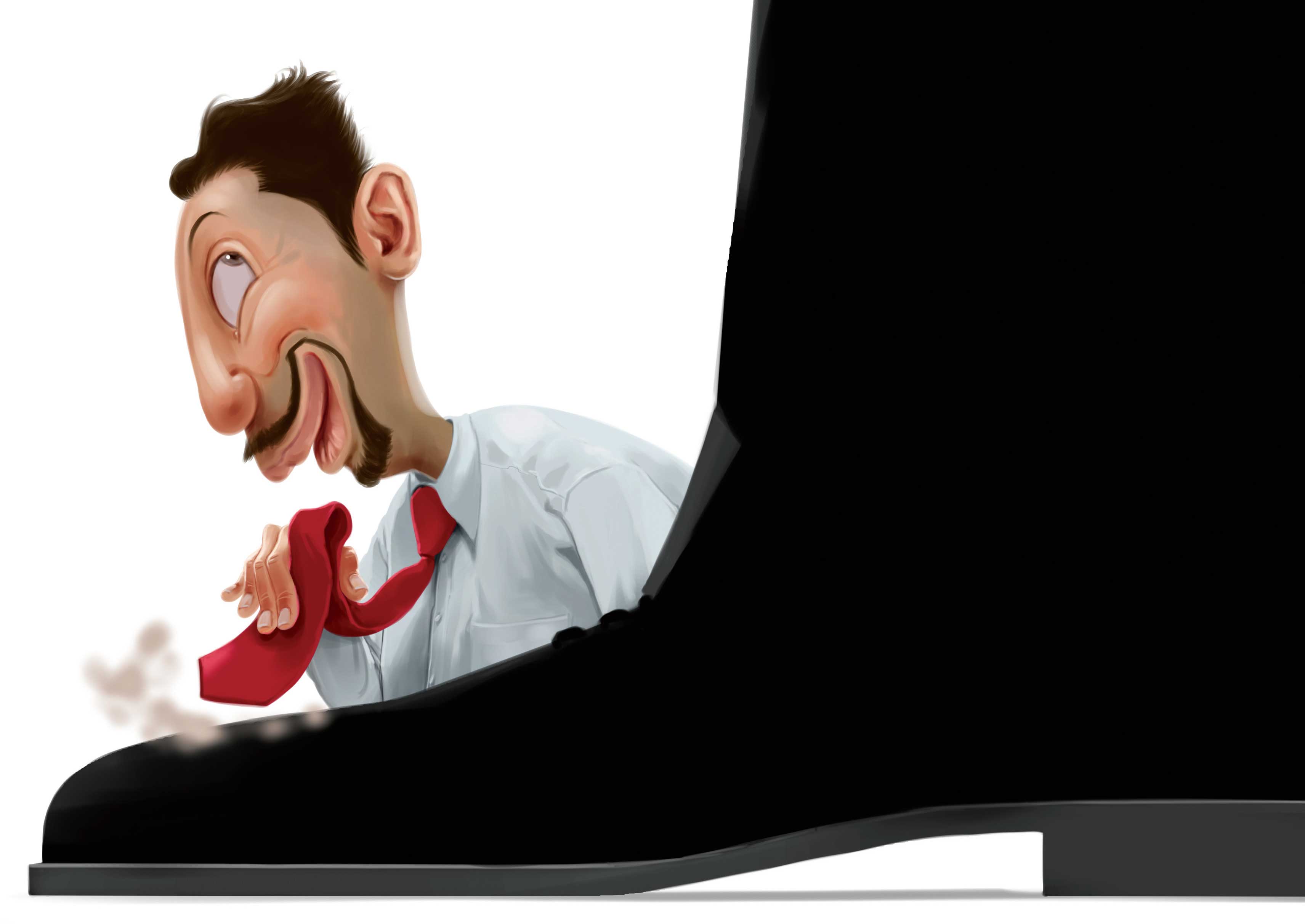 is what a co-worker once called him.

did not know what the word meant and looked it up in hardcover bound dictionary.

suited him well for he used people for his own benefit.

who composed songs with fragile words on guitar was far more truer to himself.

reached for the stars when they were out of reach and grasped a bunch that paved the way for his travels.

self-sacrificed my recorded black and white visuals of life on a Horseman 4×5. For no one said I was good enough and I was not true to myself.

moved on, to a sycophants’ ultimate dream of scoring one who had connections that would propel his self to a lucrative outcome.

Pity the boy could never relied on his own strength and worth.

Tara-Habby came to Berkeley Place as a kitten, curious and full of, well…serious attitude!

Who would have known this independent, my way or the highway kitty would grow into adulthood with a ‘tude (attitude) of ‘God save the Queen’ (she is the Queen­—all others, peasants).

The Hab lived with mom and each respected the others’ routines and weirdness. With mom’s passing, she was confused, normalcy disrupted and left alone for long periods of time in the apartment she shared with a person no longer there.

As I was also going through grief, I felt sorry for Tara-Habby. We bonded as kindred souls missing the one who loved us unconditionally. Not sure if grief is over for her as it isn’t for me.

She’s adapted well to living in a household with three cats, bent on dethroning her reign with a stint in the dungeon ending with a beheading!!! The greyhound she accepted as I believe she thinks dogs are stupid and not worth the stress.

And yes, the greyhound is basically Santa’s Little Helper.

Tara-Habby is a natural born killer of mice. No compassion, no empathy, no nothing…

She’ll taunt and growl as she plays soccer with their precious bods and although I have tried to intervene, she manages to grip the mouse in her mouth, threatening me, sort of like, “If you come one foot closer I’ll off the head”.

The Way We Were…

The way we were is no longer but has become the way we are.

The way we are is ever changing, here today gone tomorrow.

Here today and gone tomorrow are the fleeting bits of reality we wish didn’t exist.

Fleeting bits of reality we wish didn’t exist are here to stay.

Here to stay with nowhere to go, we struggle to swim in what is now.

Struggle to swim in what is now is no easy feat when it was so easy to swim in the past.

So easy to swim in the past when waters were familiar, trusted and predicatable.

Waters were familiar, trusted and predictable when the way we were was in the present and not the past.

The way we were was in the present and not the past but the past no longer exists as it went out the door October 2018 and never came back.

October 2018 will never return and neither will you so the way we were has now became the way I am.