My memories are stored in a Memory box located somewhere in mi alma (soul) and accessed through the head. It is not made of rose gold or lined with fancy crystals, no lock or combination to enter or exit. The Memory box is invisible as are the memories stored inside. Like all other boxes, there is a limit as to how much can be stored. In the case of the Memory box in which memories are thrown in haphazardly it can be trying when it comes to cleaning out the rubbish-what to keep, what is of no consequence and of course, there are the ones we would like to burn.

We all know what happens when we refuse to clean…

Memories are a tricky lot. Some are laments, regrets, pain, joy, happiness, and anger with a bit of mad tossed in. Memories have the ability to teach us lessons, that is, if we pay attention. Some try hard to forget them while others spend too much time in them, in the box, going through the clutter, ruminating over opportunities lost and not seeing opportunities gained.

And…
We all know what happens when the clutter wins…

I have 58 years of memories stacked in my box and the ones before 7 years of age are not accessible. Good memories are as fresh, vibrant as the day they happened, bad ones are fuzzy fading colours and trauma comes in stark black and white. Those are the ones you can’t throw out. They are there for keeps, reminding you of the space they take up when least expected. The trick is to confront them, waddle in them, bring them close, hug them tight, then let them go. They will still be in the box but the space they take up will not be so overwhelming.

And…
We all know trauma is not good but if we acknowledge it, healing can occur…

***photos from the world wide web

YOU will always be…just Toby. 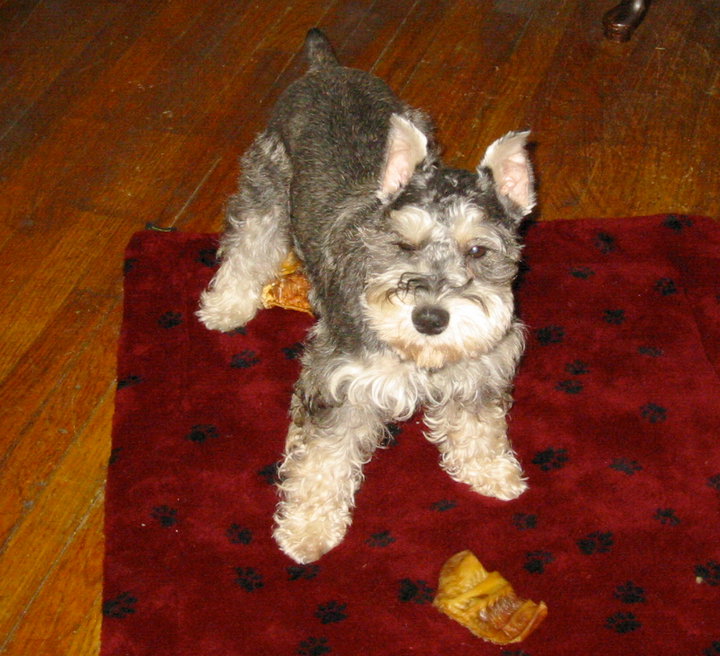 When I think of

USTED, I get all mamba jamba boogied up tight lip and my chest hurts, missing your bunny hopping days through Ppark.

The pain is so real and so there…as

TÚ is no longer here, and neither is Pi and I long to touch and smell

USTED as I do him.

Although, stink, Pi did, as did

YOU, and it did not matter because being all mine, all the time, unconditionally, lovingly far surpassed the dirty dog, musty stink after swimming at the doggy beach in Ppark brought into the house.

USTED passed into shadow on Monday evening, October 9, 2017, licking peanut butter from my finger as Propofol made its way through the vein that would eventually connect with other veins on a path to your heart-unstoppable as your personality and love was.

TÚ paused in the peanut butter licking, confused somewhat and before I could acknowledge what was taking place, the ER vet plunged Euthasol into that same vein, which stopped, and ended the pumping of your sweet heart that held mi alma intact and made me realize that yes,

YOU and your love were stoppable.

TÚ my dear first fur baby, the oldest of the pack, took my soul (mi alma).

Beat on…run on…free at last from the arthritis, the crippling of the joints, the senioritis which left you at times confused looking for our house on return walks the sometimes incontinence, the sometimes-foggy vision, free at last, thank HIM almighty you are free.

Gracias for choosing me.

I want to say to

YOU all that wasn’t said while this earth was lucky to have your soul in its presence, it’s concrete jungle, pseudo Ppark in the woods landscape with me by your side. Gracias a

TÚ for finding and choosing me to spend time in your life. Pi was not part of 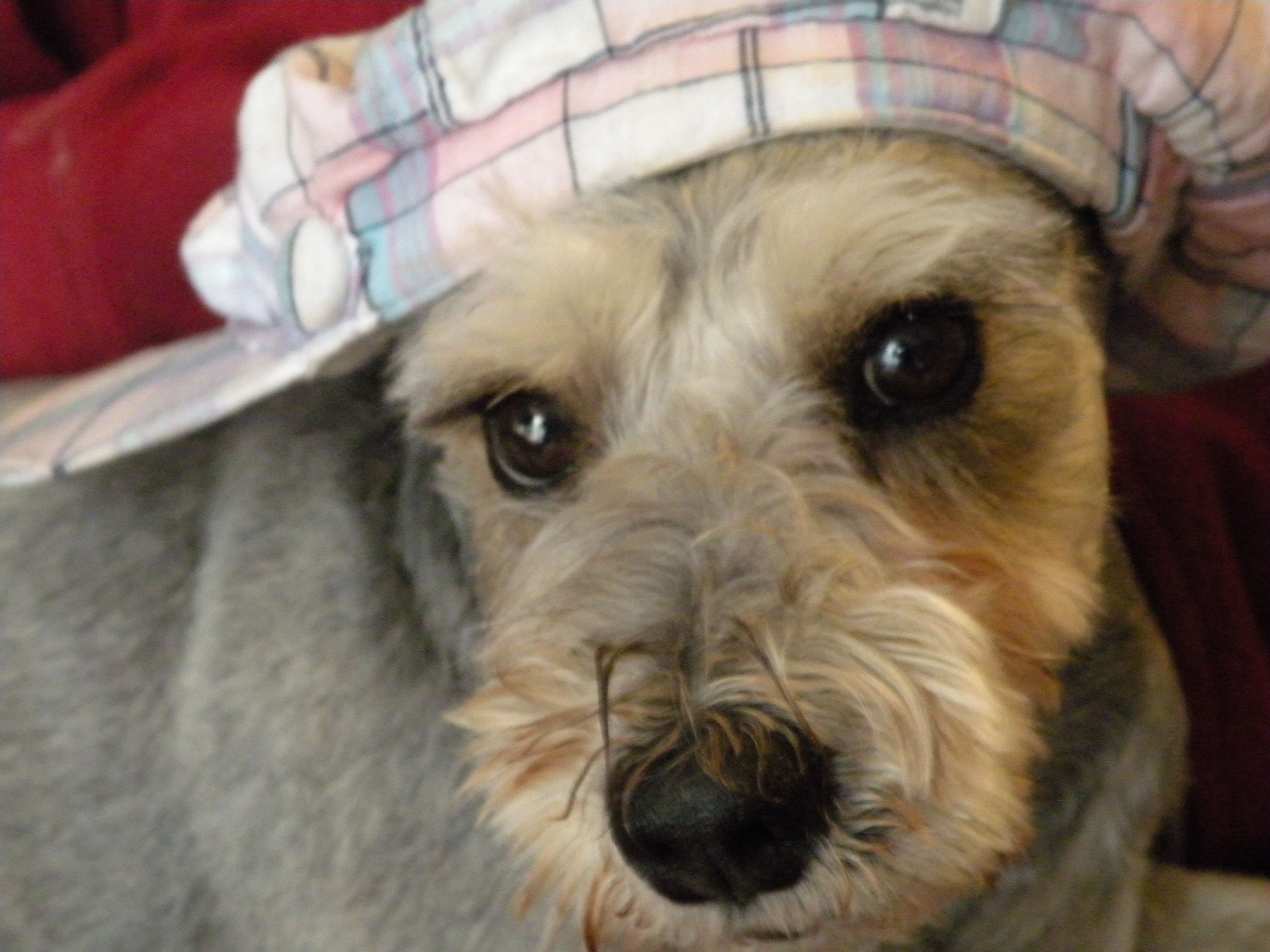 USTED accepted him or better yet, tolerated him on your own terms.

YOU, the certified therapy dog who strutted through the dementia ward bringing the gift of words to those who would not normally speak.

USTED, my sweet baby boy would allow the locked words to flow in their gibberish, unstoppable, accepted and not challenged or corrected way.

I remember the young teenage girl who was placed in the nursing home due to her disability of severed legs sacrificed from her attempted suicide gone wrong pact with an MTA train. Mother and father were at her bedside during our visits and the tension and awkwardness were too real to ignore. They spoke no English and who knows what if they knew what to make of you grizzly Adams appearance.

YOU jumped on me, and unto her bed, snuggled up to a hip that no longer had an extension.  She in turn was happy to pet your fur which brought forth a smile easing the tensions from the parents who now mirar a

USTED at what I perceived to be respect and admiration. The visits to her room always brought out the best in the soul that resided en

TÚ and el alma that took my own away.

Bereavement is not so acceptable when it comes to fur babies because for many they are insignificant, easily discarded as the wrapper on a wad of gum. Going into shadow is as irrelevant as swatting a mosquito of an arm.

For me not having

YOU, the job of life can be done but trust me, it will be half assed done, for your unconditional no judgement love does not await me when I return home and I’m left with no defense to put the day’s sucking vampires behind me. 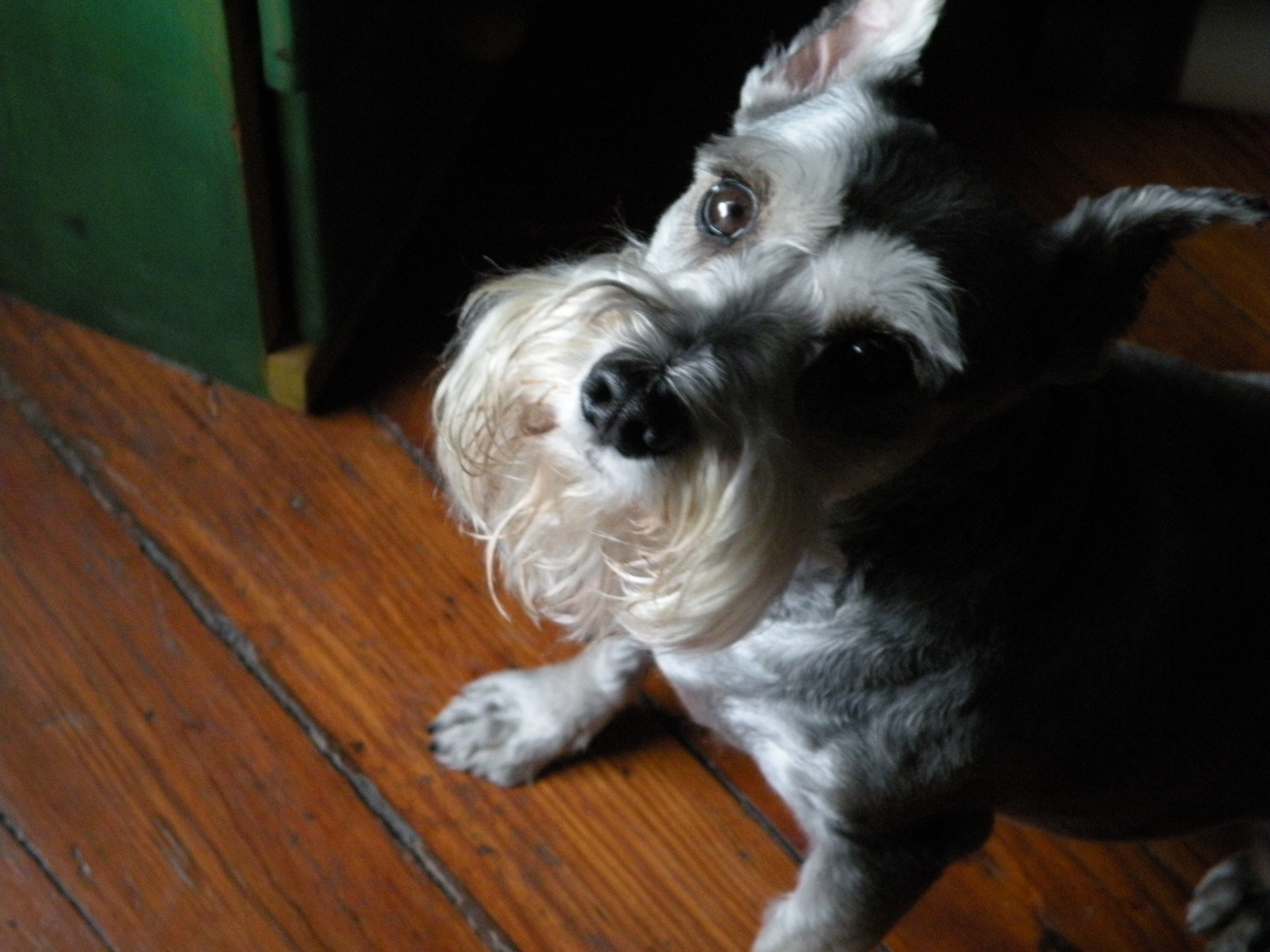 I go to work, forced to converse in conversations when I’d rather be home licking my wounds and thinking of you. Grieving for your lil bro was much easier-I was unemployed.

To pick up your ashes, I must return to the place your last breath was drawn and I will bring 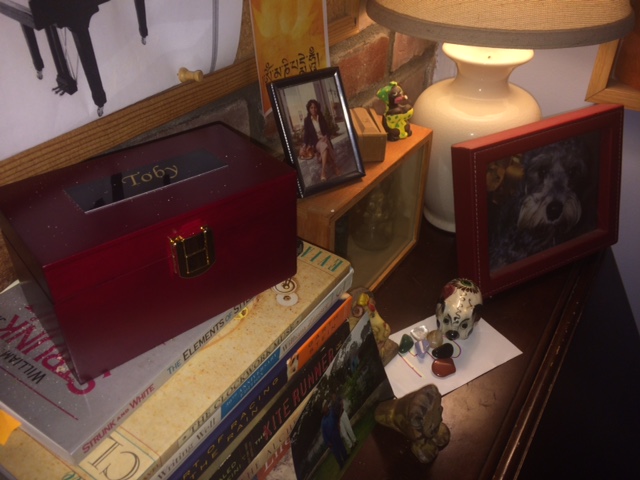 Which is where you are now, my sweet Toby boy.

** TÚ, USTED = You.  Mirar=look. Gracias a tú=thanks to you. en= in. pero=but. Gracias me perrito  que vivir en mi vida por catorce años=Thank you my doggy who lived in my life for 14 years. 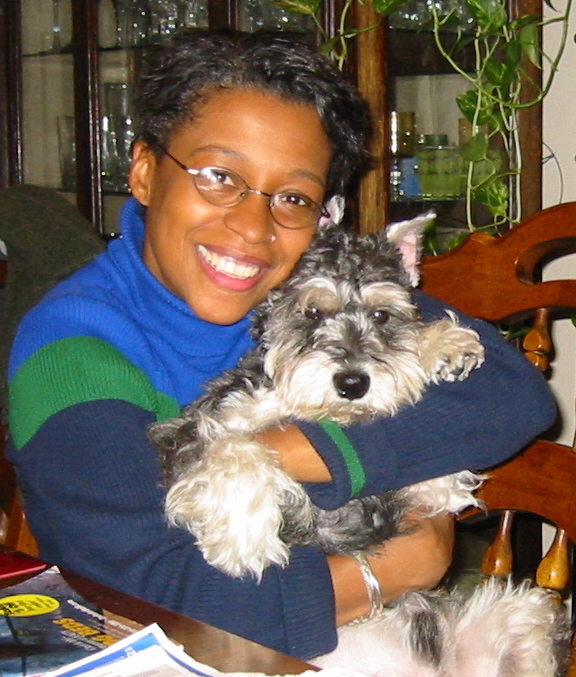 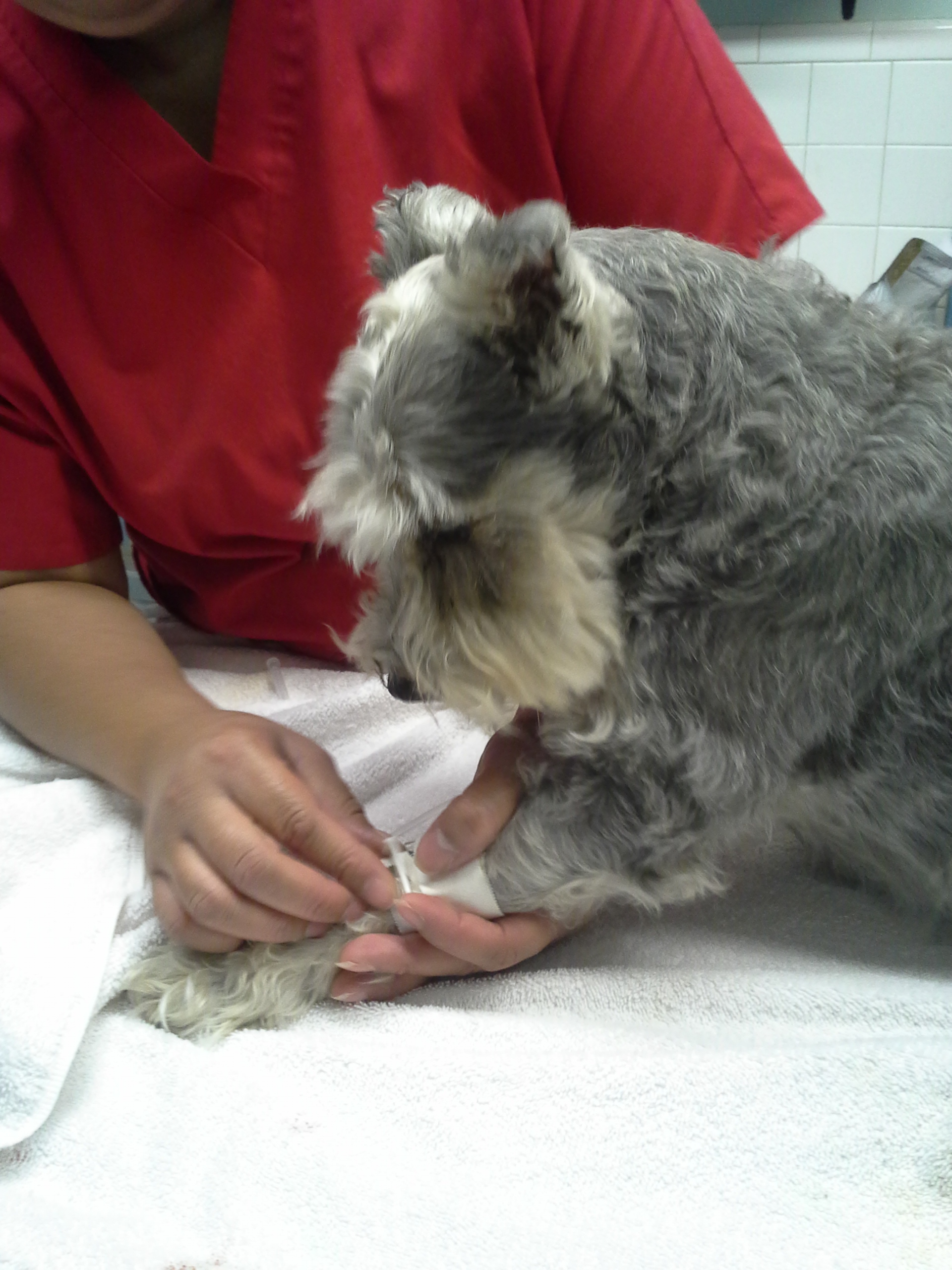 I so miss the Brooklyn that was me

Before they came with their Caribbean nannies

I miss the Brooklyn that was me

Miss the Brooklyn that was me

The Brooklyn that was me

No longer is what let me be

Long before it became we 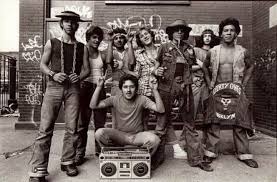 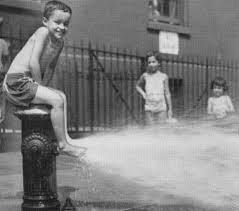