“I don’t see the bin for Flowering Chives” I asked Julie.

“You can place them in the Chives-local produce bin”, she responded from across the aisle.

and my shift was placing organic labels on the produce

in the basement, with a talkative crew.

due to the Corona, all shifts have been suspended and most members have been hired to work for…

severed by my resignation after three years at an org

by those who tried to break through.

My choice. My body. My decision.

Julie is the supervisor for Produce at the food coop.

She is meticulous as I will never be.

I lack the energy to be meticulous in just about anything.

“We’ll get there Julie”, I said from atop a small stool stocking

‘How the hell do you cook flowering chives?’

“When you’re done with the chives could you stock the nettles? Just be careful when you’re bagging them.

They have thorns and it burns if it pierces the skin.”

“What do you do with nettles?”

“Why in the world would you cook with an herb that attacks you?”, I responded.

I got pricked by a nettle at the wrist which led to a burning sensation.

it did, just as Julie said.

Four hours of my six hour shift was spent with Julie.

Stocking some melons and peppers, but mostly herbs.

I learnt more about herbs than was necessary

I started arranging the bins to look attractive

inviting to the eyes and to the touch.

planning for what would happen when I was done

when I got home

walked the dog and

For those four hours working at the coop

I was in the now.

I trained through, tears, stress, worry and crossed the line many times arguing with incompetent doctors who destroyed my mom’s will to live and her health

I finally crossed THAT LINE at the end of the marathon which my mom did not live to see.

-Actually, she did see, for she was on the corner of Sackett Street and Fourth Avenue, just not in this realm and as I woggled towards that street, I stopped, crossed myself and bowed for the Queen.

back to Marathon #2 in which training has not officially begun but I’ve started anyway because well, I have nothing better to do than pound my knees via my feet kissing asphalt, concrete and dirt trails.

Love the trails, love my feet, love my knees, hate the dirt. 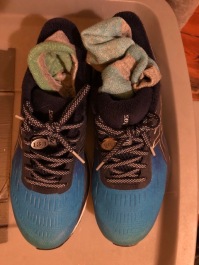 And at least I’m not kissing someone’s ass

I’ll tie up the laces tomorrow, that are tied already, just need to slip on the sneaker.

-(I’ll set the garmin, set the interval timer, wear the running glasses that get dark in the sun, put on the Panache Bra, set up the Spotify, put on the lip balm, make the Nunn for the water bottle, separate Tara-Habby from the treacherous cat posse  (worse than the Sharks but just like the Jets) out to dethrone the Queen ( not me this time)  and ultimately sit on the throne (corner of my bed).) 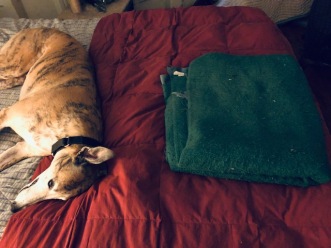 I’ll be coming back, god willing.