My piano, a 1964 Acrosonic Spinet (Baldwin) has not been feeling the love lately.

The love being my clumsy fingers tapping on its’ imitation ivory keys as I struggle through yet another classical piece that is beyond my learning curve.

Busyness has taken over my time.

Busy with being busy, as the piano sits, going out of tune from the lack of love.

So, tonight, after dragging myself home through the NYC subways, (which incidentally is not my preferred method of transportation during hot, humid ,NYC summer days) and after noshing on some food, I will sit in front of the piano and practice.

I will play as if the first time, three years ago when my spinet came home.

When griping graduates to redundancy and excuses are used up and I can no longer blame myself, I blame GOD and angrily ask, “Why are you punishing me? What sin did I commit that deserves this unjust reward? Where are the guardian angels, the spiritual ones, the keepers and watchers of anguished souls?  Why can I not win the lottery? If you let me win, I’d never complain about anything…EVER…again!

Of course, my questions go without response. At God’s doorstep, questions are presented and often left under the ‘Welcome’ mat. HE does not operate the way I would like HIM to and who am I to tell HIM what to do? HE may also not give me what I demand and after time has passed and I am mad at him again, I realize what was given turns out to be what was needed.

After the tantrums, the whining and sniffling centered on my wretched circumstances brought on by my own poor planning subsides- I pray. My prayers surprise me for I pray in gratitude mode, sending out thanks for the stuff that is going right, for the stuff I do have, for the stuff I enjoy and the people, I enjoy doing stuff with.

When I pray, HE listens and when I don’t, HE listens- to the silence. 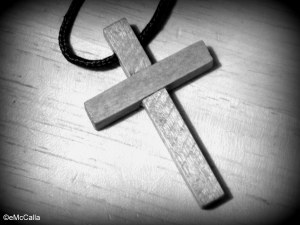 At times, I pray for better circumstance such as the time the “C” diagnosis came for a short visit, an uninvited guest who decided to move into mom, my mom’s colon. The eviction chemo was trying and draining on mí alma (my soul).  I prayed, screamed, hollered and read aloud Mathew 7 with a concentrated effort on the ask and it will be given to you part. The asking, begging and bargaining on my part was relentless. And now, three years later, I thank HIM every week, after receiving communion for saving my mom and allowing the chemo to do its’ job.

Griping about work-now back to the beginning of all this.

In due time, once the fog has rolled out or better yet after the first three weeks in this new position, I  am able to see the commonality shared with the so-called co-workers from hell.  We love to eat lunch and enjoy doing so. I will eat healthy, they will not.  I believe in integrity and working hard regardless of the crap pay and the lack of Thank Yous from the higher ups while the co-workers complain and back stab one another, smiling, as they walk out the door fifteen minutes before quitting time, well, so much for commonality.

I need to and have to work. No choice, for the bills gotta be paid and the insurance must be active. So I work, begrudgingly for I’d rather be home writing, chasing the internet, FBing, emailing and sometimes just basically wasting time while my fingers punch in alphabet keys.

Wasting time does not pay the bills-so I work, begrudgingly.

A lil griping relieves the frustration and the tension.