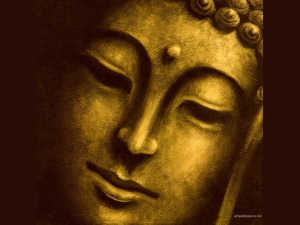 The other night, I went to an Intro to Meditation class at the Tibet House in NYC.

This was alarming news to those ‘wanna bees’ who thought they were meditating the correct way. Presently, I am a meditation explorer, testing the waters, dipping my big toe in anticipation of diving into this practice. I am as green as a lime when it comes to knowledge of meditation techniques and secretly aspire to become a ‘wanna be’!

The teacher wanted to know why we came to the intro on such a cold night. One student stated she came to learn how to gain more focus and control her wandering mind during meditation. The teacher prompted the student to elaborate. The student responded reflectively and declared her wandering mind interferes with her yoga rendering her attempt at advanced poses.

The teacher’s response to the student: “Let it go”.

Silence and static filled the room like a bad smell.

More silence and I thought I heard some students gathering up their belongings and coats.

I finally got it.

The teacher’s ‘Let it go’, was not to be taken by its literal sense. The teacher wanted the student to see the pressure she was placing upon herself, by her own expectations. Instead of finding enjoyment in the movement of her body towards forming the poses, she fixated on attaining proper form as well as the expectation of the yoga teacher. The student placed all these constraints on herself and it interfered with the enjoyment of yoga for yoga’s sake.

That made good sense to me.

So, I put into this into practice and found myself letting go, last night, during a running workshop. Yes, I caved in and with the flow of transitions guiding me, enrolled in a Beginner’s running group. The group meets Wednesday nights and Sunday mornings for training until the end of March.

I am not a night person and thought running at night would be disastrous.

I am a morning person and enjoy the runs on Sunday.

The group is competitive.

I am not the first to reach the finish nor am I the last.

It does not matter.

Running or penguin running for me is better than a glass of wine or eating a Nathan’s hot dog.

During last night’s run, the sound of my feet climbing the hills was mesmerizing as I felt the cold wind down my throat. I stopped to pet every dog along the way, even the French bulldog who got a little too friendly. I smiled at people and the heaviness of working at the shelter no longer placed pressure on my chest.
I reached the finish and stretched out the kinks in my legs.

Pressure, criticism, worry, doubts, contradictions or expectations were not riding my back with the imaginary monkeys.

I just ran like a penguin and it felt incredibly good.